“How should I introduce myself?” Fieldwork and the Value of Tangled Identity 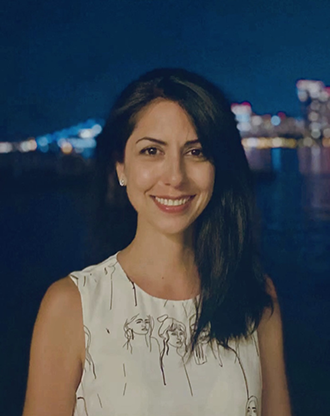 “She is a researcher from Canada,” Eya, my interpreter, used to say when helping me arrange interviews during my Ph.D. fieldwork in Tunisia, in response to the standard query on the other end of the phone. When I eventually met the interviewee in question, however, the usual heartfelt Tunisian welcome was often mixed with a glimmer of surprise at the sight of me – someone whose darker, thicker facial features did not fit the stereotypical image of someone from the West, deepened when they heard me introduce myself as “Golrokh.”

Coming to terms with the inbetweenness of my identity and sense of belonging is something I have grappled with for some time now. Like many “first generation” immigrants, I have spent years managing, adapting, and negotiating my intercultural identity according to different expectations and norms. In early 1998, when I had just turned fourteen, my family emigrated from Tehran to Winnipeg, a culturally diverse Canadian prairie city, known for its friendly inhabitants and harsh winters, built on the traditional territory of the Anishinaabeg, Cree, Oji-Cree, Dakota, and Dene peoples and on the homeland of the Métis Nation. By now I have spent the majority of my life in Canada, which I consider to be my home – though like most “visible,” and indeed audible, immigrants I am occasionally reminded of my outsider status when asked the seemingly simple question: “but where are you really from?” Nonetheless, despite my deepening roots in Canada, I have a strong emotional and tangible connection with Iran that has itself undergone significant growth since I left.

The intersection of cultural hybridity, diasporic notions of home and nationhood, and their impact on identity have been a major focus of research in the social sciences (Amireault 2011; Hall & Du Gay 1996; Karakayali 2005). Since many social scientists, myself included, have been profoundly shaped by these intersections, they also have important implications for how we conduct our research, based as it is on the interaction of human beings with all the richness and complexity that their selfhood entails.

Arriving in Tunisia in the winter of 2016, this disjunction between my appearance and the place I called “home” thus raised curiosity amongst my interviewees about who I actually was. At the start of my fieldwork, I was advised by a European researcher to introduce myself not as a political scientist, which (he thought) might provoke feelings of mistrust and suspicion, but as a sociologist. Most importantly, I was advised to avoid identification with my Iranian roots as much as possible. The insinuation was that my Tunisian interlocutors would regard me with suspicion after the long years in which the Ben Ali regime had portrayed the Islamic Republic of Iran as a dangerous Islamist threat, exacerbated by contemporary Sunni-Shi’a tensions provoked in large part by the geopolitical rivalry between Saudi Arabia and Iran. I was uncomfortable with the idea of such a deliberately partial disclosure, further intensifying the asymmetry between fieldworkers and the people they rely on. This is a dichotomy which is highlighted by Abu-Lughod (1988), who points out that we expect full honesty from them but are ourselves unwilling to reciprocate, obscuring much of the importance of ourselves.

Fieldwork requires researchers to gain access to the relevant data by forming relationships with a range of people willing to share their stories, practices, and experiences. Social scientists have increasingly acknowledged the importance of researchers’ situatedness in shaping the questions we ask and the modes of analysis we employ, emphasizing the fluidity of our roles in the field, our “shifting identifications,” persuasively arguing against a paradigm centered on fixed outsider/insider perspectives (Behar 1996; Bruskin 2019; Narayan 1993). Thus, once in the field, the limits of our purview are determined by how we position ourselves, and are positioned, in relation to the people and issues we seek to study (Narayan 1993).

Although I was advised to play up my more “Western,” Canadian identity, what actually came to matter was how the people I was forming relationships with saw me, and contrary to the advice I was given, this helped me as a researcher. To begin with, I was not viewed as a complete outsider, even though I had no prior connection to Tunisia. Instead of being situated as a female Canadian researcher conducting fieldwork in Tunisia, I was seen as someone from the region, a Middle Eastern woman who was there to carry out a study on Tunisia’s labor movement. Even at the most basic level, our shared religious tradition and my own un-self-conscious use of the religious vocabulary I had grown up with created a friendly sense of mutual understanding. My entangled self, it transpired, was an excellent icebreaker, providing opportunities for less serious conversations, animated by my new acquaintances’ curiosity about topics other than my research. Through frequent interactions over time, this helped forge ties of trust and friendship. Familiar markers of identity, coupled with my own enthusiasm at being in Tunisia and my eagerness to learn, made many of the people I met excited to speak to me, to give their time so very generously, and share many of their experiences; and indeed, knowing I was alone to take care that I could travel safely and to conduct my research throughout the country.

Even so, field research is never a solitary exercise. Eya began as my interpreter, but quickly became my cultural translator and collaborator, helping me navigate the subtleties of these new relationships. And whatever the complexities of being an Iranian immigrant in Canada, I nonetheless entered the field thanks to the privileges of Canadian nationality and institutional support, allowing me to carry out research in Tunisia for nine months, whereas the reciprocal opportunity to study Canadian institutions is much more difficult for Tunisian Ph.D. students to obtain; the same applies to students from Iran whether wanting to study Canada or Tunisia.

How should I introduce myself, then? I came to realize during fieldwork that entanglement is neither a source of confusion nor an obstacle, but something that enables the weaving of a colorful tapestry of meaningful ties with the people whose goodwill and good faith all fieldworkers rely on for what deserves a better name than their "data."

About the author: Golrokh Niazi holds a Ph.D. in political studies from University of Ottawa. Her research focuses on unions and workers' collective action in the Middle East and North Africa.