Youth as Agenda-Setters between Donors and Beneficiaries: The Limited Role of Libyan Youth after 2011 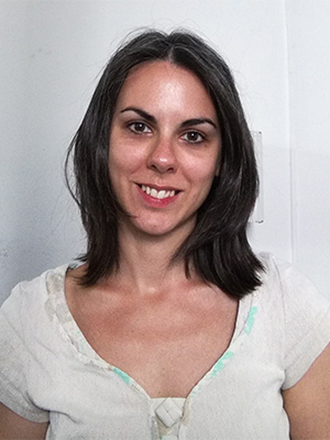 Postdoctoral fellow at University of Bologna

The youth was among the main protagonists of the 2010-11 waves of protests that swept across the Middle East and North African region, and which resulted in the fall of long-time authoritarian dictators. More than ten years after the Uprisings, however, the youth remains a largely neglected actor in the post-Uprising scholarship. While scholars and analysts alike are in the process of redefining their theoretical tools to understand regime change and authoritarian resilience, little attention is being given to the role of the youth in the post uprising context.

In the case of Libya, the 2011 Uprisings allowed an unprecedented number of civil society organizations to flourish, and to fill up the newly emerged space for participation. These organizations were established following the model of Western Non-Governmental Organizations (NGOs), but in Libya they remain subjected to strict state control and to legislation that dates back to the Gaddafi era. In many cases, local security institutions and affiliated armed groups oversee the NGO’s activities, which are often dissolved without judicial intervention, prompting international observers and advocacy groups to call for imminent reforms.

Despite these difficulties, for a period after the Uprisings, the Libyan youth relied on these NGOs as a means to engage with civil society, and to raise issues that were until then considered taboo, such as political participation, freedom of speech and human rights. To advocate their agenda, the youth turned to visible local partners and to Western donors rather than to Libya’s long-established political leadership - such as that of the elderly councils, notables, and unstructured informal networks. Later in 2014, the civil conflict gave NGOs in Libya – both foreign and domestic - further opportunities to grow, as numerous humanitarian projects targeting training and capacity building were implemented in capital Tunis. Within this context, the Libyan youth emerged as an important network of mediators between the international donor organizations and the local Libyan communities, finding themselves in charge of implementing NGOs’ projects in the role of managers, coordinators and consultants.

This blog post summarizes the main findings of my article published in the Journal Middle East Law and Governance, based on twenty interviews with young Libyans working in Libyan or international organizations implementing projects throughout Libya, carried out in Tunis between 2017 and 2018.

Between Brokerage and Personal Expectations: Individual Perspectives On Agenda-Setting

Interviews revealed that shifting from activism and participation in the 2011 protests to professional commitment with international organizations in Libya was an unprecedented and also empowering experience for most of the youth involved. Especially after 2014 and the relocation of Western international organizations and NGOs to capital Tunis, the Libyan youth became a pivotal actor of these organizations. Being involved in several international donors’ programs, the youth guaranteed both these organizations’ success and survival. Initially, the youth understood themselves as “brokers” or, in other words, as those who acted as “transmission belts” between (mostly) Western donors and local Libyan communities. These “transmissions belts” consisted of a pool of youth members who acted as guides, translators, fixers, and who could therefore create the conditions for the success or failure of a project, causing the youth to gain an increasing sense of power and purpose from their participation in international-led projects as setters of these organization’s agendas.

Most of the interviewees were born between 1980 and 1990 and, undeniably, their higher education background placed them in a privileged position within the new Libyan context, which they used to enhance their brokering skills and professional careers. The youth could seize this role because of their openness to changing their professional profile quickly and, whenever possible, to accommodate Western donors’ needs. Young people are most amenable to reconciliation and hard-working conditions, not only due to their biographical background and commitment to political participation and activism, but also due to the potential for career opportunities that this participation offered. In parallel, international organizations saw this as an opportunity to “educate” these brand-new experts on new concepts and practices towards managerial and organizational skills, so as to create a novel and flexible expertise among the Libyan youth to be at the service of their objectives in the country. Eventually, this allowed the youth to climb the social ladder within Libyan society.

In the long run, however, youth members began to express a feeling of frustration with the new situation. This was largely due to a sense of urgency by international organizations, and their push by the latter for an externally driven agenda and ideas that hardly fit Libyan society. According to Libyan youth brokers, in order to survive, Libyan organizations felt forced to invest in agendas that hardly met local needs, which achieved limited outcomes in the short term and casted doubts on the real impact of their work in the long run. A sense of frustration grew among the youth and local civil society. As one young participant working in the Western part of the country in a Libyan organization on migration related issues, which were deemed important but not completely locally driven, explained to me: “Actors from the local community, including the beneficiaries we target, share a sense of frustration and being not listened, although after the project is successfully implemented, it helps improve the organization’s credibility vis-à-vis these communities”.

Youth’s prospects to act as agenda setters of these organizations were also limited due to structural conditions. In order to become a project staff member or leader of a local organization, Libyan staff was required to undertake training and capacity building programs led by international donors and to conform to it. As a result, local staff felt denied of their agency to set the agenda for local NGOs. They also felt that their personal education and career advancement opportunities were going to be denied if they failed to conform. Indeed, several interviewees expressed a feeling of frustration towards the same international organizations they were working for. They felt that Libyan youth experts and managers were expendable and replaceable and, ultimately, irrelevant to the organization. They reported institutional racism in some cases, and felt that the organizations were more or less overtly “selling a dream” by creating false expectations among Libyans for international career opportunities. Soon, the youth came to perceive themselves and their skills as irrelevant within the new political context.

As a result, the Libyan youth ended up abandoning their goal to influence international organizations’ agendas in any meaningful way. Those youth members I spoke with felt uncomfortable with the international organizations’ overestimation of their positive role and impact on Libyan civil society. In contrast, the youth’s perceptions were that international organizations had little to no positive impact over Libyan society, and that they failed to provide the youth with personal opportunities, safe for a limited number of instances. Faced with foreign agendas and personal safety dangers, frustration can arise in the form of opportunistic strategies. Also, a self-centered approach became much stronger. In the long term, therefore, the Libyan youth, torn between desires for political change and professional advancement, struggled to influence the agendas of international organizations, leading to feelings of disenfranchisement. The transformative capacity of international projects is thus often limited by this new class of young, globalized elites who are disengaged from the local needs and realities facing Libyan civil society.

Author Bio
Chiara Loschi is postdoctoral fellow at the University of Bologna, Italy.