Interview: Marc L. Greenberg on the Encyclopedia of Slavic Languages and Linguistics 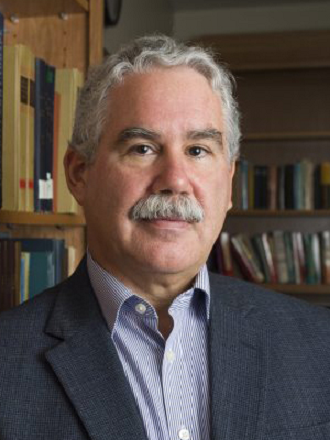 In June 2020, Brill released the online Encyclopedia of Slavic Languages and Linguistics (ESLL). This new reference work provides authoritative treatment of all important aspects of the Slavic language family, as well as consideration of the interaction of Slavic with other languages. We sat down with the Editor-in-Chief, Marc L. Greenberg (University of Kansas), to discuss how this special project came about.

What motivated you to take on the ESLL project?

There were several factors. First I was asked by colleagues from Brill whose scholarship I have long known and admired, including Janneke Kalsbeek, one of the editors of the Brill/Rodopi series Studies in Slavic and General Linguistics. Along with Willem Vermeer and Peter Houtzagers, Janneke met with me in 1988 in Amsterdam, when I was on my way to Yugoslavia to conduct fieldwork for my dissertation. I had admired their exceptionally high-quality work and learned from them about how to work as a foreigner in the highly specific context of late Yugoslavia. Early on in the ESLL project I also worked with University of Amsterdam scholar René Genis, whom I met for the first time in Seattle at the 2013 meeting of the Slavic Linguistics Society. He and I share an interest in lute and early music in addition to Slavic languages. So, I immediately felt in very good company with my Brill colleagues.

Second, I am reaching the late stage of my career as a Slavist. The last couple of decades in my professional life have been preoccupied by administrative duties, which have somewhat limited my energy for taking on new research topics. It seemed to me that an ambitious project such as the ESLL would allow me to jump back into the field in a way that reengage me with all aspects of it more or less at once and thus make up for lost time. There has been much more benefit than I had imagined: not only have I learned a lot, but have had the opportunity to work with and appreciate some brilliant scholars, both the editors on the team and the authors who write for us. In a humanistic field that is often misunderstood and under-resourced, the ESLL, by virtue of its size, has had the effect of knitting together a community of scholars not just from the usual places – North America, Western Europe, the Slavophone countries – but also China, Japan, and Korea. I have a profound respect and now a well-informed appreciation for the brain-power that is engaged in the scholarship on Slavic languages.

You say “misunderstood.” Could you elaborate?

This could be a very lengthy topic, but I’ll stick to the central issues. From the perspective of North America and Western Europe, there was a boom period in the second half of the 20th c. First, Roman Jakobson’s emigration to the US meant a great enrichment and complement to the rise of American linguistic structuralism, building on Boas and Bloomfield, which meant a rich and vibrant field of inquiry opened up centered around Russian and Slavic languages. Second, the Cold War pumped money into the study of Russian and other Slavic languages as a matter of creating expertise for national defense and security. Most of the linguists were happy to teach Russian language as their day job, while their scholarly interest in Slavic languages had little to do with defense concerns and everything to do with understanding language variation, complexity, cultural peculiarities, etc. But to those outside the academy there was always the perception that we were either spies or sympathizers. I couldn’t convince some of my own relatives otherwise.

Now in the post-Cold-War era there is a waning interest in the West in learning Russian and Slavic languages and the research funding, reduced from its past dimensions, generally follows student interest as higher education, whether public or private, becomes increasingly a market-based, customer-serving enterprise. Interest in language study has gravitated to the practical (Spanish in the US), the traditional (French, German), or newer security concerns (Arabic). There are countervailing forces: most students want to make money and see English as the vehicle for their communication needs. On the other side of the equation, there has been a resurgence of energy and resources in Slavophone countries, paralleling nativist concerns worldwide, owing to multi-polarization of political alignments, to new and renewed national language projects, to new data- and computer-driven research, as well the fact that younger scholars, who have benefited from academic mobility, are exceptionally well-informed, multilingual, and are applying their skills and knowledge to new approaches to the study of Slavic languages.

The ESLL is the largest reference work on the Slavic language family to date, not just in English, but in any language. What can we expect from it that we won’t find elsewhere?

The size of the work allowed us as editors to think broadly and creatively about what might be included. In addition to seeking input from key authors about how their topics should be framed, we have sought advice from those active in niche fields to specify related topics we should commission. We also sought experts from related fields to create a sort of dialogue with the linguistics content proper. Some of these are traditional, such as archaeologists’ and historians’ perspectives, but among the eye-opening innovations is some cutting-edge genetics research reported on by Alena Kushniarevich and her linguist co-author Alexei Kassian. We have also devoted a fair amount of attention to language-contact situations, both in the past and the present, which in turn dialogue with and cross-reference between the entries by archaeologists and historians. Wherever possible, we have asked scholars to turn the lens in both directions, to ask not just how Slavic languages have changed due to contact with non-Slavic languages, but how Slavic languages have influenced non-Slavic ones. Slavic languages have a huge geographical span, which has brought them into dynamic contact with languages as distant as Celtic in Western Europe to Palaeo-Siberian and Chinese in Asia. On the diachronic dimension, we have had Corinne Leschber provide a state-of-the-art overview of “mysterious” elements in Slavic that have come from sources that are not easily or not at all identifiable with languages whose descendants survive today.

We have hardly focused on the past, however. Warsaw-based Subject Editor Marek Łaziński, for example, is preparing an entry on the vocabulary and discourse around the covid-19 pandemic in Slavic languages. The US and Australia-based scholar Victor Friedman is preparing a state-of-the-art entry on abusive language in Slavic. We have even engaged an emerging and gifted Slovene-Macedonian etymologist and a pair of prominent Ukrainian archaeologists to write about the semantic field and the material culture of traditional Slavic beekeeping, respectively.

This is also the era of exploring language as it is used and spoken, moving away from the traditional focus on comparing the grammars of standard languages. Across much of the work we find explorations of cognitive approaches, of constructions only recently considered (e.g., insubordination), discourse markers, Slavic con(structed) languages, and even Slavic languages for the deaf.

There is much to intrigue the seasoned scholar, inform the newcomer to Slavic linguistics, and stimulate the next generation of scholars to continue broadening and deepening this vibrant field. For all its comprehensive coverage, the ESLL also indicates how much more interesting work is left to do.

This innovation and creativity could not have happened without the extraordinary talents and disparate interests of our editorial team. Co-editor Lenore Grenoble is a distinguished scholar with a wide range of expertise and interests well beyond Slavic and informed by some of the most intrepid fieldwork done in the northern hemisphere. All of our editors have vigorous research programs that bring them into working relationships with nearly all of the scholars working in Slavic languages today and, as such, they have helped to knit together the field in this epochal project.

Finally, it would be unimaginable that this project could be so successful without support from Mariya Mitova, the managing editor, who leads the team of technical editors. We are exceptionally fortunate that as a native speaker of a Slavic language, she has a deep understanding of the complexity of our particular set of multilingual texts. Mariya represents the best of Brill’s tradition of deep expertise in working with language- and linguistics-oriented texts with a high degree of precision and expertise.

Trials
The Encyclopedia of Slavic Languages and Linguistics is available for a free, 30 day institutional trial. To set up your trial, ask your librarian to contact sales@brill.com.