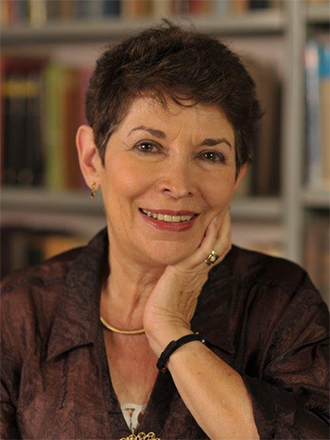 January 27 marks the day of the liberation of Auschwitz concentration camp and in 2005 was proclaimed to be the International Holocaust Memorial Day by the UN to commemorate the killing of around six million Jews by the Nazi regime. This dark episode of German history has been extensively researched by historians all over the world. But less is known about acts of revenge planned and executed by Jewish survivors of the Holocaust.

Dina Porat, professor emeritus of modern Jewish history at the Department of Jewish History at Tel Aviv University and the former chief historian of Yad Vashem, presents for the first time comprehensively the story of 50 young men and women who survived the Shoah as underground fighters in Eastern Europe and after the war surmised a scheme to kill six million Germans. In this interview, she talks about her motivation to unravel the story of “Plan A”, the members of the group and discusses the specific moral challenges and concepts of revenge which motivated this group.

What was your motivation to write this book?

My motivation to write the book was three-fold. A- Following the publication of the biography I wrote on Kovner’s life and times (Hebrew 2000, English by Stanford UP 2010), the Avengers made me promise to write one more book dedicated to them, not only to Kovner, as the biography was. B- When I started the research, I found that very little has been written on revenge in general, in research and literature, even the Jewish ones, and about this group in particular. And of course, choosing a road untaken is always a challenge for a historian. C- the more I knew the group members, the more I was struck by the discrepancy between their personalities and the terrible deed they were determined to carry out.

For your research, you met up with some of the surviving members of the Nakam group. That must have been quite a special event.

Meeting the surviving members was an experience: They are strong personalities, radiating hope, optimism, a good sense of humor, fearless, updated in the current events in Israel, the Middle East and the world at large. They had all been raised in the excellent Jewish education systems between the two world wars, and were members of various youth movements, and then underground fighters and partisans during the Holocaust, feeling responsibility for the history and honor of the Jewish people. It was an experience to meet them – they invited me to their homes, with warm hospitality, and gave me materials they kept for decades. I invited them to our home, and Yehuda my husband and me hosted them with pleasure, for group conversations. We became good friends, despite the fact that I kept telling them that killing 6 million people is not such a good idea, to say the least.

First talks to the members already took place in the 1980s. Why did it take so long for a book about their actions to be published?

I interviewed some of the Nakam members during the 1980s and the 1990s. But I did not ask them then about the Nakam – I was writing the biography of Abba Kovner, so I asked about the youth movement days, the ghetto, the partisans’ forests, the after math of the war, life in Israel, etc. Nakam was the not the focus of these interviews. Only after the biography was published, and won a number of prizes and became known, I turned to writing about the Nakam group, and then I re-interviewed them with a focus on the Nakam.

And how many members are still alive today? What was their reaction when your book was published?

When I started the Nakam book 11 of them, out of the 34 active ones, were alive. Now only 3 members are alive – Idek (Yehuda) Friedman who just turned 102 (!!), and two ladies, 98 years old now, Hasia Taubes and Rachel Halperin.

When I started the book, the 11 were very pleased, and even more so when they read the manuscript, which was finished already in 2018. They were very grateful, and two of them, Poldek and Manek, who were prominent in the group, wrote me a very warm letter. They said this book is their monument!

Who were the members of the Nakam group? And how come that they were in fact the only group to organize such a grand scheme of revenge, when at the time the call to take revenge was all-present?

They were the only ones among the Jewish survivors and Jews in general, to attempt revenge on such a scale. Other groups, such as the Jewish Brigade, partisans in the Ukrainian forests, Nasha Grupa in Vienna, and individuals whom I cannot count, took revenge on a small scale, by identification only. The Nakam group was the only one to seek revenge that will do justice in an unjust world, will be both a punishment and a warning for the future, and will not let the Holocaust be forgotten. The other survivors were busy coming back to life, healing their wounds, having a new family, planning to live among Jews, and considered their new life, and the very fact they were alive, a sweet revenge on those who decided to wipe the Jewish people off the face of the earth. In the Land of Israel, they were busy taking care of the coming survivors, and struggling for a state – a goal far more important than taking revenge.

They were united by their suffering and loss, by the idea of Nakam, and their admiration of their leader, Abba Kovner.

Did they understand themselves as religious Jews before the Holocaust and after?

No, they were all secular, before, during and after the war.

There was one other group, which took revenge on confirmed SS-perpetrators, the so-called Jewish Brigade. What was the main difference between the two groups, especially regarding their concepts of revenge?

There was a clear difference. The Jewish Brigade soldiers were not survivors – they lost their families, like most Jews, but were soldiers who could operate on a small scale only. They chose to execute identified war criminals only, in secret, at nights, and killed about 150 Germans and Austrians. The Nakam group wished for a scale equal to that of the Holocaust, 6 million non-identified Germans, not in secret, but for all the world to know that Jewish survivors killed them and to stay warned for the future.

What were Nakam’s reasons for this particular scheme, also called “Plan A”?

In addition to the obvious major reason, the Holocaust they could see that Germany is being rebuilt with American money, that the SS prisoners were released from the Allies camps, that the Nuremberg trial did not deal with the Holocaust as an issue in itself, and the Jewish people was not represented in the trials, as we did not yet have a state. Looking for a large-scale means, poison in the drinking water is an efficient and easy to carry out means.

Let us talk about the group’s charismatic leader, Abba Kovner, an intellectual with a deep knowledge of Jewish culture and religion. Did that play a role in the plan to kill millions of Germans with poisoned water?

Kovner was indeed a charismatic person and a born leader, an exceptional intellectual, poet, author, orator, a man who foresaw worldwide developments. He led a thousand members chapter of his youth movement in pre-war Vilna, started an underground under Soviet rule, wrote and read out in the Vilna ghetto a manifesto stating for the first time that Hitler plots to kill all Jews of Europe and therefore self-defense is the only option, commanded the underground in the ghetto, trained it and set its goals, was a commander of 4 Jewish regiments in the forests, led thousands of survivors on the way down to the southern shores of Europe following liberation, planned the Nakam which had its origins in the Jewish notions of justice and world order, punishment and retribution, became in the Land of Israel an initiator of cultural enterprises, including being the Rabbi of his leftist secular Kibbutz, and was awarded every possible literary and national prize. Still, because of being such an envied personality, he was attacked and defamed every once in a while, and never answered.

One person commonly known to the public who wanted to hold the Nazi perpetrators accountable for their deeds was Simon Wiesenthal. Did Nakam members have, at any time after the war, contact with him?

No. The Nasha Groupa, operating in Vienna, asked him for names and addresses, but Wiesenthal refused, since he wanted trials, not revenge – they had no connection to the Nakam group.

In the end the mission, “Plan A”, failed. What did that do to the members of the Nakam group?

Most of them were terribly disappointed – they were ready, with hands on the water systems, and the poison did not arrive. Some felt until the day they passed away that the Germans deserved at least this punishment, and were really sorry it did not work out. Some were very glad Plan A failed.

If Plan A had worked, what impact do you think it would have had and what after-effects it might still have today?

The avengers were ready to be caught after the deed, and put to trial, and get a death sentence without delay, and were ready to sacrifice their lives as long as due punishment is done.

After effects could have been terrible – first, the indiscriminate death of so many, innocent and culprits together, and it could have been a stain on all Jews, whether survivors or not, for carrying out a mass killing. Also, such a horrible deed could have weakened the support in establishing a Jewish state, and cast doubts on the sanity of the other survivors.

How important was it for you that the book has been published in German, the language of the perpetrators?

I am very glad the book has been translated into German, because with time and new generations in Germany, knowledge about the Holocaust may be gradually diminished, and attitudes towards the Jewish people and the state of Israel may change. Such a book, that shows the German readership how Jews felt after the Holocaust, and what their opinion about Germans and Germany was, the anger, the rage, the wish to punish and to seek justice, maybe – if read widely in Germany –will make a modest contribution in stopping these developments.

About the author: Dina Porat holds the Alfred P. Slaner Chair for the Study of Contemporary Anti-Semitism and Racism at the Department of Jewish History at Tel Aviv University, where she also serves as the founding head of the Kantor Center for the Study of Contemporary European Jewry. Porat also served as Yad Vashem’s chief historian since 2011 until 2022. Moreover, she has served as an advisor to the Task Force for International Cooperation on Holocaust Education, Remembrance and Research, known today as IHRA, as a member of the Advisory Board of the Israel Council on Foreign Relations (ICFR), and also as an expert advisor for the Israeli Ministry of Foreign Affairs at the UN on antisemitism and racism.