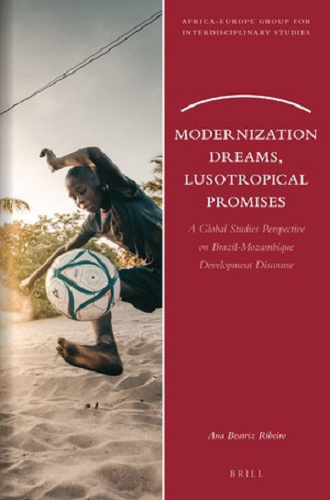 What history and motivations make up the discourses we are taught to hold, and spread, as common sense? As a member of Brazil's upper middle class, Ana Beatriz Ribeiro grew up with the image that to be developed was to be as European as possible. However, as a researcher in Europe during her country's Workers' Party era, she kept reading that Africans should be repaid for developing Brazilian society – via Brazil's "bestowal" of development upon Africa as an "emerging power."

In Modernization Dreams, Lusotropical Promises: A Global Studies Perspective on Brazil-Mozambique Development Discourse, Ribeiro investigates where these two worldviews might intersect, diverge and date back to, gauging relations between representatives and projects of the Brazilian and Mozambican states, said to be joined in cooperation more than others.

In the following podcast, Ribeiro discusses her book with Candela Marini, Assistant Professor of Cultural Studies and Spanish at MSOE University. The podcast is a production of New Books Network.