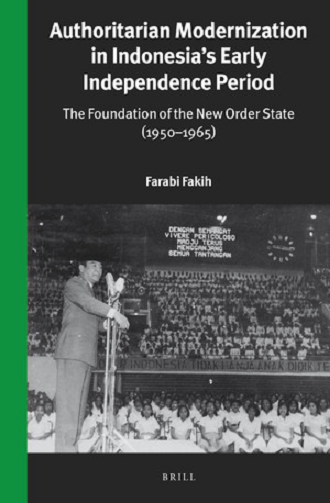 The study looks into the structural and ideological state formation during the so-called Liberal Democracy (1950-1957) and Sukarno’s Guided Democracy (1957-1965). In particular, it analyses how the international technical aid network and the dominant managerialist ideology of the period legitimized a new managerial elite.

Farabi Fakih and Faizah Zakaria discuss the concept and range of authoritarian modernization, Sukarno’s Guided Democracy as a revolution, the formation of a military elite and the connection between Cold War technical aid and democratic decline.