“War and Peace” Episode 1: The Status of Crimea and the Sea of Azov as a Jurisdictional Hurdle in Ukraine v. Russia with Dr. Valentin Schatz 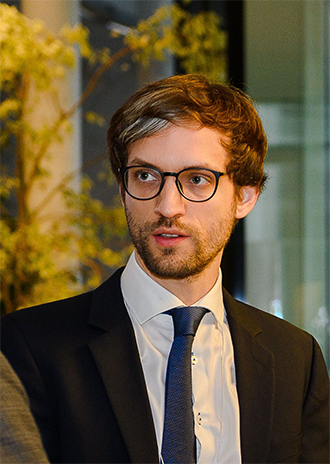 New Journal Article in International Law
Valentin Johannes Schatz, "The Status of Crimea and the Sea of Azov as a Jurisdictional Hurdle in Ukraine v. Russia", in Review of Central and East European Law

The UN has established a legal framework for marine and maritime activities called the United Nations Convention on the Law of the Sea (UNCLOS). It is a convention that allows fishing, shipping, and exploration rights, among others, to countries over waters owned by them. However, with wars and annexations of territories, the rights of ownership become ambiguous. In such cases, how far is the UNCLOS competent in solving sovereignty issues?

In the first episode of our new themed series War and Peace, Dr. Valentin Schatz, a postdoctoral researcher at the Chair for International Law of the Sea and Environmental Law at the University of Hamburg, talks about the issues of arbitration concerning territorial domination, citing examples of Chagos Archipelago and the South China Sea, while emphasizing the need for a reasoned and balanced argument when it comes to territorial sovereignty, in the context of his work "The Status of Crimea and the Sea of Azov as a Jurisdictional Hurdle in Ukraine v. Russia", published by Brill.