“War and Peace” Episode 2: International Security in the 21st Century. Chapter: The Ukraine Crisis and the European Security Order, with Dr. Wolfgang Ischinger 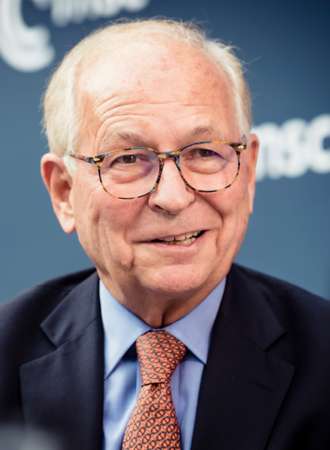 The Hertie School in Berlin

The sudden Russian aggression on Ukraine, besides wreaking havoc on the latter, has created a ripple effect impacting the socio-economic conditions of the rest of Europe and the world. The carefully built security order has been dismantled, necessitating the forging of new trade ties and alliances.

In the second episode of our new themed series War and Peace, Dr. Wolfgang Ischinger, former German ambassador and professor at the Hertie School in Berlin, focuses on Germany’s reaction to Russian aggression on Ukraine. He talks about the stringent measures that Germany has had to take as an outcome, driven by a sense of moral duty toward Ukraine in this humanitarian crisis, in the context of his work “International Security in the 21st Century. Chapter: The Ukraine Crisis and the European Security Order,” published by Brill.